A Study : Wind Farms Might Heat up the Planet 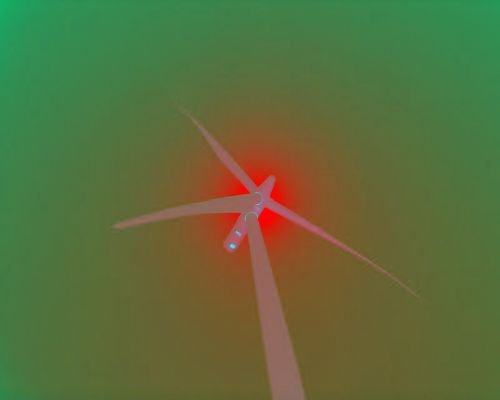 Till date we believed wind power does what proponents have always promised: weaning us off fossil fuels towards renewable energy, which will slow the rate of global warming.

But now, that idea might not be guaranteed. A new study found that transitioning to wind power might actually worsen global climate change.

Two scientists from Harvard University’s School of Engineering and Applied Sciences found that if America reduce the amount of carbon energy — fossil fuels and natural gas — and switch to energy generated by wind, the drag from so many wind turbines would prevent flowing air that naturally cools the Earth.

Their models suggested that powering the U.S. with wind alone would warm the planet a quarter-degree Celsius over the next century, while removing carbon-based energy would only decrease the temperature by a tenth of a degree over the same time frame.

That means the wind farms would prevent us from releasing greenhouse gasses into the atmosphere, but they’d more than make up for the difference with their own heating effects.

Meanwhile, if we turned to solar energy instead of wind, we’d only warm the planet one-tenth as much, according to the study. That suggests that even if we don’t rely on wind farms, we absolutely should switch over to renewable energy sources.

It’s worth noting that this isn’t the first time that scientists have suggested wind farms might heat the planet.

Critics point to the fact that the model used isn’t the best system for estimating wind flow. In the real world, a spinning turbine might not cause nearly as much drag as the simulation suggested, meaning that flowing wind might be able to power the planet and still keep it cool.

So while this new wind flow simulation suggested that transitioning to wind power would heat the planet, there’s still a difference between switching to something that might not immediately benefit us (but would do so in the long run) and actively continuing a practice that’s destroying our ecosystems, poisoning our water, and piping greenhouse gases into the air.