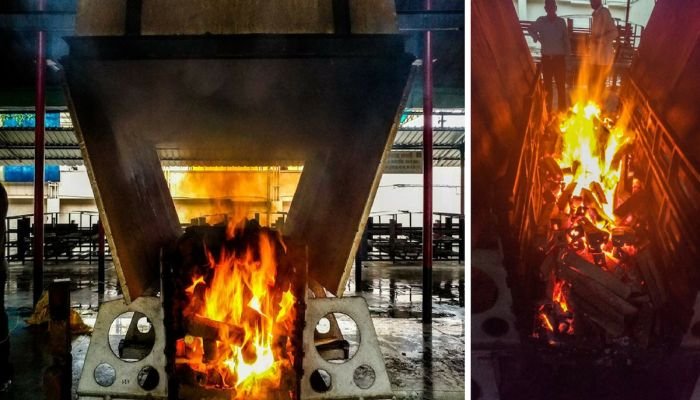 75% of India’s deceased are cremated, the second highest rate in the world – just behind Nepal.

Traditional wood cremation uses about 400-500 kg of wood in one burning and cities like Delhi, where 80,000 wood cremations occur every year, this would require over 3.6 crore kg wood — equivalent to burning about 4 lakh trees, and that’s just in one city.

With cremations being an inherent part of many cultures, a team from IIT Delhi has now developed an eco-friendly technique that offers a solution to counter air and water pollution as well as waste management.

The team first creates these logs by feeding dried cow dung to a log-making machine, where they are burnt under controlled temperature, upwards of 50ºC.

The controlled burning is claimed to be less polluting, and the usage of alternative logs also leads to minimal pollution.

The team aims to replace wood in Delhi’s crematoriums in the hopes of reducing deforestation. The prototype, if implemented, could also give farmers extra incentives for cattle dung.

Cow dung logs could become feasible as they would not hinder religious beliefs, as cow dung has been used in cremations since the early days.