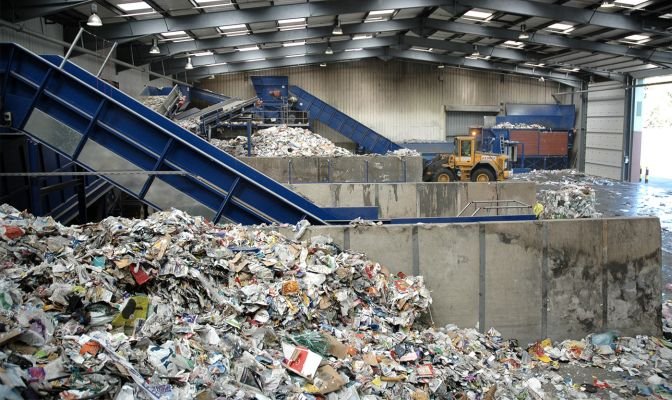 Urban waste in India, as elsewhere, has the potential to operate as secondary resource material and generate a value chain in the economy. Material consumed in India with 97% extracted domestically has substantial footprint in urban waste, which is a Rs 5 trillion market at initial stages of recovery.

At current rates of growth, consumption in India is likely to grow threefold during 2015-30.

The processing of urban waste, by and large, is done by segregators, dismantlers and recyclers (mainly from the informal sector) for value chain, and not certified for health or safety standards.

Bengaluru is using segregation at source and has a citywide network of dry waste collection centres for all the 198 wards to segregate and sell paper, plastic, metal, etc, to vendors mainly belonging to the informal sector.

Several other cities such as Pune, Indore and Visakhapatnam are also segregating waste for better recovery. The sewage in Ahmedabad is sold to Arvind Mills for treatment and use in the manufacturing of clothes.

A first-of-its-kind concession agreement has been signed for hybrid annuity-based PPP mode STP in Mathura between Namami Gange and Indian Oil to reuse of 20 MLD treated water, bear operation & maintenance (O&M) cost for 15 years, and pay `8.75 per kilolitre towards partial capital cost.

Ahmedabad and Delhi are the initial efforts in the country to process C&D waste as input (for producing bricks, slabs, etc), which is associated with a buyback facility from respective city governments.

C&D waste also has the potential for urban mining under renewal and reconstruction projects to use 35-40% material on the plot itself.

However the government should plan suitable incentives, concessions and technology transfer for a circular economy. At the same time, the role of social activists, community, judicial activism and media is equally important to expedite the process in a larger context of a safe environment, productivity and sustainability.