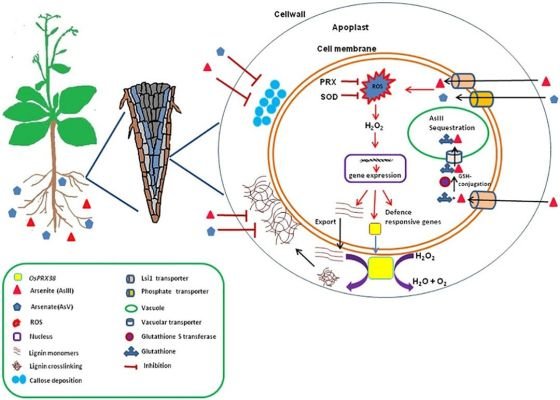 The research team led by  Dr.Debasis Chakarabarty cloned Arsenic methyltransferase (WaarsM) gene from a soil fungus, Westerdykell aaurantiaca, and have inserted the same into the rice genome with the help of Agrobacterium tumefaciens, a soil bacterium which has natural ability to alter the plant’s genetic makeup.

Researchers found that the resulting transgenic plant acquired the potential for methylating inorganic arsenic to a variety of harmless organic species, including volatile arsenicals.

This could be potential strategy for developing transgenic rice capable of low arsenic accumulation not only in grain but also in straw and feed which are used for livestock.

Now the team is focusing on food safety test and field trials, subject to regulatory approvals. In addition, researchers are also looking for gaps in arsenic metabolism in rice which will ultimately lead to understand arsenic uptake and metabolism in rice.

As large number of people are affected by arsenic toxicity, it is imperative to develop rice with lesser arsenic content and high yield.

In this background, biotechnological methods such as modulating the expression of Arsenic metabolism-related genes in rice will be a fruitful and practical approach to decrease arsenic accumulation