An Airplane With No Moving Parts Takes Flight 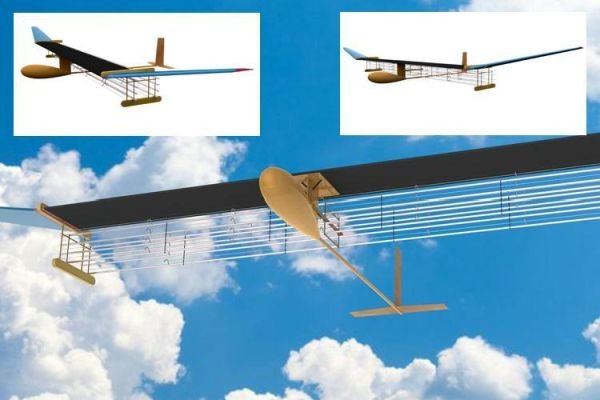 An airplane with no moving parts has flown a distance of 60 meters.

Is that a big deal?

Yes it is, if you consider that in 1903, Orville and Wilbur Wright’s first airplane changed the world when it flew a distance of only 37 meters.

Steven Barrett is an aeronautics professor at MIT. He has been leading a team of researchers investigating “ionic wind” propulsion for more than 5 years.

The first successful prototype named Version Two, uses wires at the leading edge of its wing that carry 600 watts of electricity at 40,000 volts.

The current gives a positive charge to nitrogen molecules near the wire which then flow backward toward a second wire at rear of the wing, imparting energy to neutral air molecules along the way.

As the neutral molecules stream back from the wing, they create thrust equivalent to that created by a conventional jet engine.

The solid-state prototype has a wingspan of 5 meters. Even with its battery pack and high voltage transformer fitted, it weighs a mere 2.45 kilograms. Low weight is a key component to getting the plane to fly. The researchers are now focused on ways to increase the speed and range of the aircraft.

The concept of an airplane with no moving parts could lead to zero emissions air travel, but it also could make entirely new types of aircraft possible. Perhaps a solar powered version could soar for years at the edge of space powered solely by sunlight, making it a pseudo-satellite.

It’s clearly very early days but the team at MIT have done something we never previously knew was possible in using accelerated ionized gas to propel an aircraft.