How Will India Dispose 175 GW Of Solar Panels At The End-Of-Life? 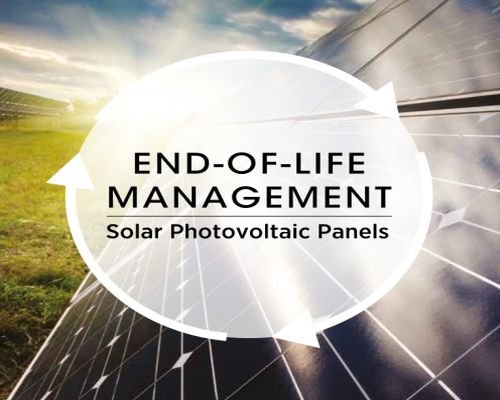 What will happens to all the “green” infrastructure in India when it reaches the end of its life?

Is there a well thought out and environment-friendly plan for end-of-life treatment of Solar PV panels and associated equipment?

It is safe to assume that the majority of solar installations in the country were set up after it received the much-needed boost through the Jawaharlal Nehru National Solar Mission (JNNSM) in 2010.

So the end of life for already-operating solar panels would happen sometime after 2035.

The Ministry of Environment, Forest & Climate Change (MoEF&CC) have incorporated some clauses on waste handling under the E-Wastes (Management and Handling) Rules.

In fact, solar PV tenders issued by NTPC and Solar Energy Corporation of India (SECI) place the end of-life responsibility on the Solar Power Developers ‘as prescribed under the E-Waste Management Rules.

The Ministry of New and Renewable Energy (MNRE), states that “the developers will ensure that all solar PV modules collected from their plant after their ‘end of life’ (when they become defective/non-operational/ non-repairable) are disposed off in accordance with the ‘e-waste (Management and Handling) Rules’ notified by the government and as revised and amended from time to time”.

Since the major issue of e-waste being accumulated will only come after 20-25 years, there has not been much focus on how to manage the amount of e-waste that the solar industry will generate.

The three principles of waste management are the 3R—reduce, reuse and recycle.

Since India has already decided to install 175 GW of solar power, reducing e-waste is not an option. That leaves us with the recycling option.

Apart from a Tamil Nadu-based company, Poseidon Solar Services, we currently could not locate any other other company which is into recycling of solar PV photovoltaics (PV) cells in the country.

Indian manufacturers do not make solar cells in the country, they just assemble them. So, there is a lack of demand for recycled silicon wafers in India. This may be one of the reasons why many companies have not delved into this industry.

Moreover, the solar PV recycling industry is capital intensive. This can also act as an impediment for lack of investment in this sector.

The Indian experience today is limited only to damaged solar modules that are returned by developers or are not fit to be used because of manufacturing defects.

Companies like First Solar have entered the Indian solar market. They brought in the practice of designing panel with end of life recycling solution.

There are adequate best practices available in the EU and the US which we can refer to and define our own standards. MNRE should step in and evaluate the appropriate standards and implementation/enforcement mechanisms which should be part of the PPA documents.