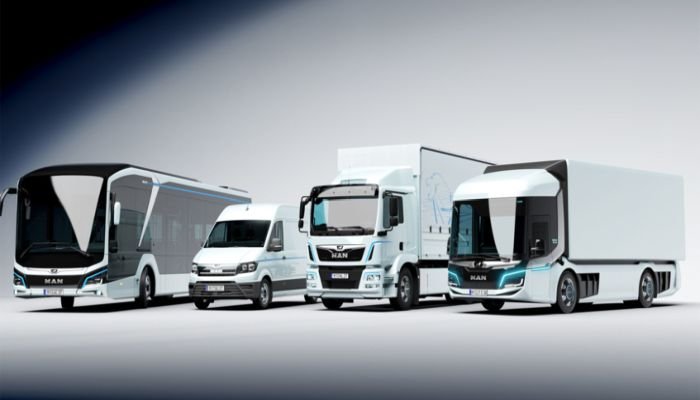 MAN Truck & Bus recently announced a number of innovations, including new vehicles. At the IAA Commercial Vehicles 2018 show, the company presented a 15-ton electric delivery truck, the MAN CitE, and the MAN eTGE, an electric van. A prototype of an electric city bus, the MAN Lion City E, also was shown.

It has a range of 270 kilometers per charge, and can be charged in 3 hours. The company has also developed a platooning technology which allows diesel trucks to connect to one another while driving in order to save fuel.

Electric 3.5t van, the eTGE, is already in production and can be ordered at dealers today. Nine eTGM were handed over to first customers in September 2018 and we will produce further in a small series starting in Q4/2019.

Serial production of eTrucks is planned for 2021. The series production of our Lion’s City E (electric city bus) will start in 2020.

MAN is developing the lithium-ion battery packs in-house and produces them in Germany. Cells / cell modules are currently sourced from Korean suppliers.

For all above mentioned products, MAN customers show an overwhelming interest across Europe and also overseas.