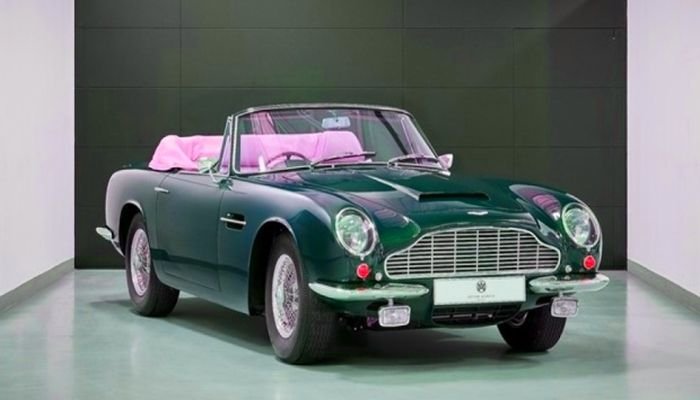 British automaker Aston Martin announced this week that it’s planning to offer a service in which it converts some of its most beloved classic cars to electric power using a self-contained, all-electric powertrain.

It’ll take the form of a self-contained “cassette” that can be slotted underneath much older chassis like the DB6 Vantage.

The conversion kit will share some “key components” with the carmaker’s much awaited Rapide E electric supercar due next year, according to the press release. The Rapide E has some impressive specs: a top speed of 155 mph (250 km/h) and acceleration from 0 to 60 in under four seconds.

Aston Martin’s first conversion will be a remake of the DB6 Mark II Volante — a vintage design from 1970 — using the cassette. Whether the Volante will share those impressive specs with the Rapide E is still uncertain.

The Rapide E electric drivetrain will be completely removable, allowing car owners to reinstall the original engine and manual gearbox if they happen to miss the roar of a 280 horsepower straight six engine with a 5 speed manual.

It’s not the first time automakers have converted older car models to an electric drivetrain. Jaguar is also planning on releasing en electric conversion of its historical E-Type — the E-TYPE Zero Electric.