Study : Cyclists Are The Least Exposed, To Air Pollution 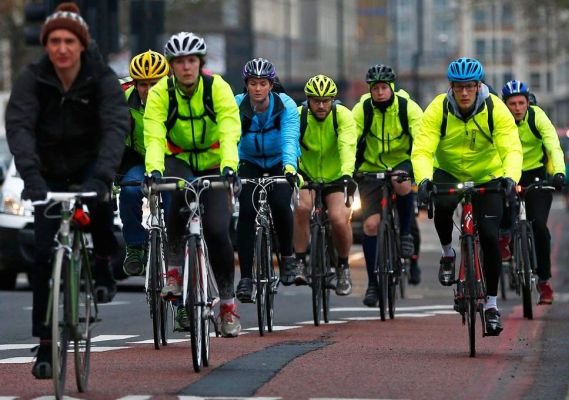 Good news in the Air for the open-air bicyclist.

A recent report by University of Leeds informs us that bicyclists are the least affected or exposed to air pollution on daily commutes. More at risk are the people in cars and buses.

The in-depth research into ongoing issues of air pollutants revealed more about commuters’ well-being, and the risks to the lungs and immune system.

The University of Leeds investigation of commuter exposure to air pollution clarifies where the worst exposure to the traffic-related air pollutants is when commuting?

On more congested routes, the cyclist would come out with the lowest inhaled dose. Segregated cycle lanes would reduce cyclists’ exposure, even more. A distance of even a metre or two from traffic cuts exposure to particles by about a quarter.

Other research shows the exercise benefits of cycling outweigh the harm of air pollution. It is disappointing that the pedestrian, who has a lighter footprint, should be the most at risk. Walking in general on a daily basis helps offset cognitive decline as well, despite the pollution.

So the trick is to choose those side streets, those out-of-the-way streets to avoid the pollution in busy areas.

“Walkers have a decision to make, particularly on polluted days. It may take a little longer but, if you have time, you can really cut down on your exposure by taking a green route.”