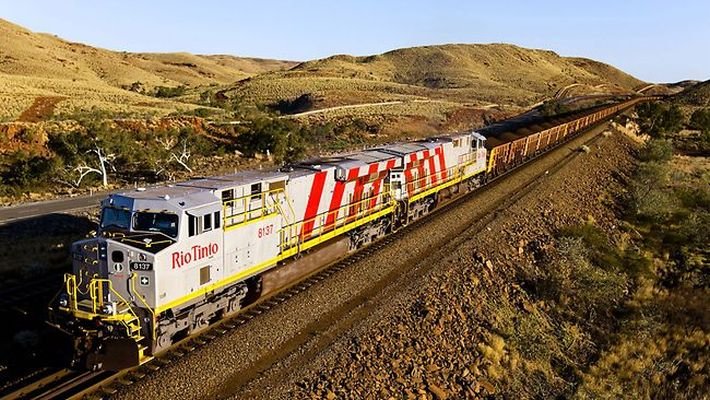 Mining corporation Rio Tinto says that an autonomous rail system called AutoHaul that it’s been developing in the remote Pilbara region of Australia for several years is now entirely operational — an accomplishment the company says makes the system the “world’s largest robot.”

The ore-hauling train is just one part of an ambitious automation project involving robotics and driverless vehicles that Rio Tinto wants to use to automate its mining operations.

The company conducted its first test of the train without a human on board earlier this year. The nearly 100 kilometre pilot run was completed without a driver on board, making it the first fully autonomous heavy haul train journey ever completed in Australia.

The successful pilot run from Wombat Junction to Paraburdoo was a significant step toward full commissioning of AutoHaul® in 2018 and it now claims that the system has completed more than a million kilometers (620,000 miles) of autonomous travel.

In response to concerns from labor unions, Rio Tinto promised that the autonomous rail system will not eliminate any existing jobs in the coming year — though it’s difficult to imagine the project won’t cut into human jobs in the long term.