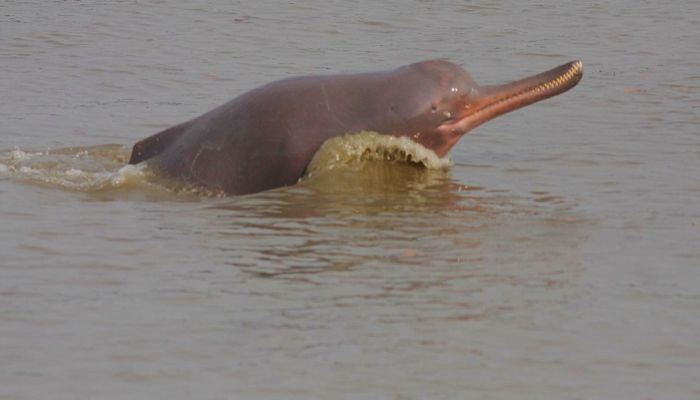 A five-year study conducted in the Sundarbans region has found that raising water salinity level is threatening the habitat of Gangetic river dolphins.

The survey was conducted in the lower stretch of river Hooghly, covering 97 km stretch of the western, central and eastern Sundarbans in India, intermittently between 2013 and 2016 in different seasons.

Simultaneously, researchers also measured salinity level of the water. Based on interaction with local fishing communities, study area was demarcated for boat-based and land-based surveys.

Previous studies had recorded natural distribution of the Gangetic dolphin in the Sundarbans regions but no continuous surveys were ever done before to assess population and habitat changes.

During the course of this study researchers found no dolphins in the areas where salinity crossed 10 parts per trillion.

The researchers believe that rise in salinity in the eastern and central region of Sundarbans has affected the habitat of species. The increased salinity level is due to hydrological changes such as reduction in freshwater flow, reduced discharge from barrages, runoff from adjacent agricultural lands and river water abstraction for irrigation.

“Gangetic dolphin is obligatory freshwater species and its range has declined owing to salinity and other ecological factors. These finding also raises a big question mark on the claims of success being made for Namami Gange Program. ”