World’s Largest Wind Turbine Prototype To Be Installed In Rotterdam 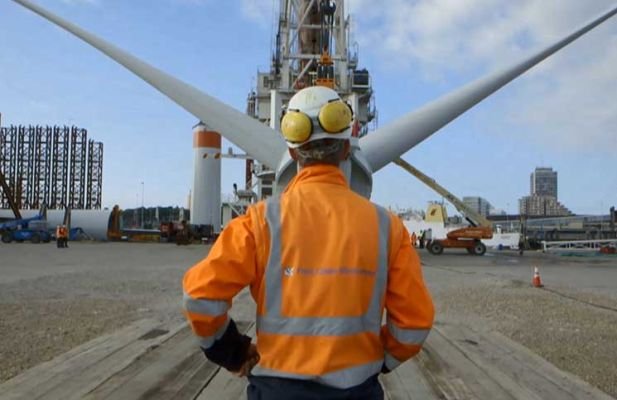 GE Renewable Energy’s 12 MW Haliade-X which measure in at 260 meters in height and boast a 220-meter rotor, capable of generating enough clean electricity for 16,000 households all on its own will be installed in Rotterdam during the middle of 2019 for five years of testing.

However, before the turbine can see commercial operation it will first have to undergo significant testing so it can obtain the necessary Type Certificate.
DNV GL, for example, is one provider of Type Certificates for wind turbines.

An important step on the road to obtaining its Type Certificate the first Haliade-X 12 MW wind turbine prototype will be installed in Maasvlakte-Rotterdam, in the Netherlands, during the summer of 2019 (though no specific date has been set as of now).

The turbine nacelle will be assembled in Saint-Nazaire, France, the three 107-meter LM Wind Power turbine blades will be manufactured in Cherbourg, also in France, while the tower sections will be produced in Seville, Spain. All components, however, will be shipped to Rotterdam where pre-assembly work and installation will take place.

GE has selected the Port of Rotterdam as the test location for the Haliade-X 12 MW, which is the largest wind turbine in the world. In our fight against climate change we need a massive expansion of the number of wind farms at sea.