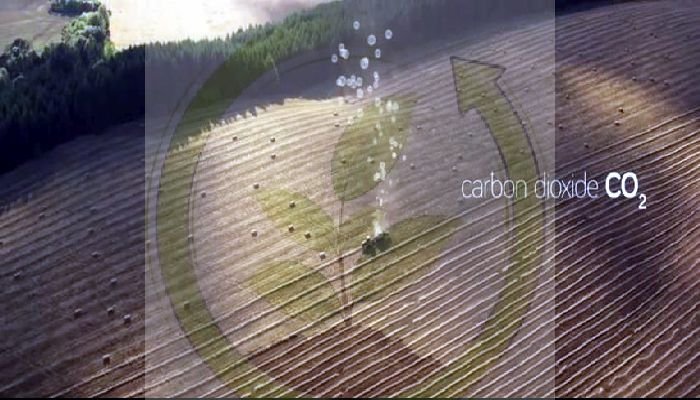 The current industrial agricultural practices, such as the overuse of chemicals, excessive tilling, and heavy machinery use, disturbs the soils organic matter and expose carbon molecules to the air.

We know that plants add organic matter to the soil when they decompose, and photosynthesis removes carbon dioxide from the air and pumps it through the roots of plants and into the soil.

We should also be doing that kind of carbon-focused farming, right? So what is ‘Carbon Farming’.

Carbon farming takes excess carbon out of the atmosphere, where the element causes global warming, and stores it in the soil, where carbon aids the growth of plants.

According to Rattan Lal, director of Ohio State University’s Carbon Management and Sequestration Center, the world’s cultivated soils have lost between 50 and 70% of their original carbon stock, much of which has oxidized upon exposure to air to become CO2.

One-third of the carbon in the atmosphere today used to be in the soil, and modern farming is largely to blame.

For example, one approach to carbon farming is to place cover crops in fields, planting grains like oats, rye, and beans between rows of vegetables. This practice keeps carbon, nitrogen, and other organic nutrients in the soil.

Here are 5 ways that carbon sequestration can occur on farms.

Hope for a hot planet — that’s what carbon farming has been termed. We can replenish the soil and capture carbon in our soil as we did 100 years ago, its not something new that is being suggested.