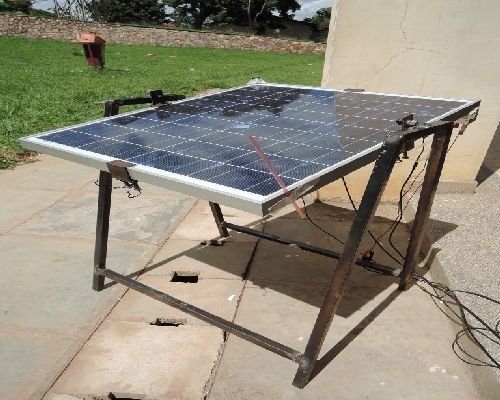 Beth Parks, an associate professor at Colgate University in the US has designed a metal frame that increases the amount of sunlight captured by a solar cell, enhancing its energy production by almost one-third.

While solar panels offer a clean source of renewable energy, they are typically mounted on a fixed frame and only optimally oriented towards the sun during specific hours of the day.

Parks previously saw a design for a frame that would allow the solar panel to track the sun using hanging weights.

However, the design had not been tested to see how it actually performed. Nor had it been optimised for affordability to ensure commercial viability and adoption.

Parks worked with students at the Mbarara University of Science and Technology in Uganda to design a frame using metal tubing that a local welder could easily obtain and assemble.

The simple, inexpensive and ingenious method could increase solar energy captured for people in developing countries, as well as remote regions that are off the grid.