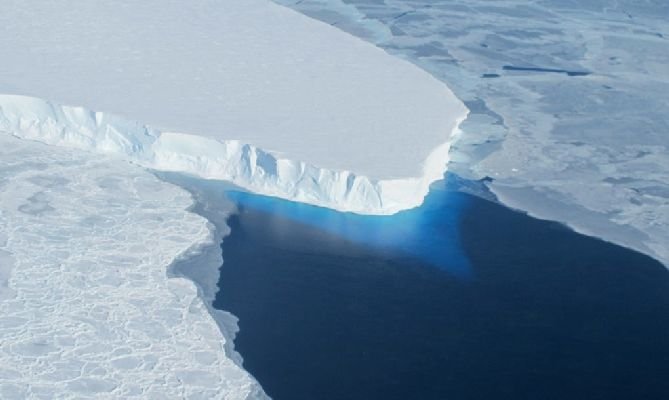 A 2014 study looked by the union of concerned scientists looked at 52 sea level indicators in communities across the US.

It found tidal flooding will dramatically increase in many East and Gulf Coast locations, based on a conservative estimate of predicted sea level increases based on current data.

By 2030, more than half of the 52 communities studied are projected to experience, on average, at least 24 tidal floods per year in exposed areas, assuming moderate sea level rise projections.

Global sea levels could rise as much as 10ft (3 metres) if the Thwaites Glacier in West Antarctica collapses.

Sea level rises threaten cities from Shanghai to London, to low-lying swathes of Florida or Bangladesh, and to entire nations such as the Maldives.

In the UK, for instance, a rise of 6.7ft (2 metres) or more may cause areas such as Hull, Peterborough, Portsmouth and parts of east London and the Thames Estuary at risk of becoming submerged.

The collapse of the glacier, which has already begin and is responsible for a 4% rise of sea level every year, will submerge major cities such as New York and Sydney, if it melts completely.