New Materials For Use In Future Electronic Devices 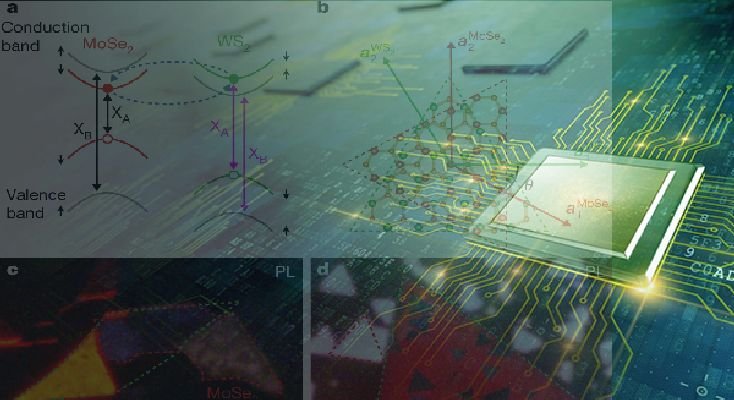 Just imagine taking two extremely ultra-thin materials with different properties and placing one on top of the other, and obtaining a new a material with hybrid properties.

This is what an international group of researchers have done with two atomic level semiconductor materials and have got a new material whose properties are not only hybrid but also tune able.

The materials are nothing but crystalline sheets of atoms – measuring one millionth of a human hair in thickness. Scientists call such atomic materials two-dimensional (2D).

The two atomic layers are held together not by any physical or chemical reaction but due to a force known as ‘van der Waals interaction’. The materials used in the study are monolayers of molybdenum diselenide and tungsten disulfide.

Since the two layers used in experiments are semiconducting, the new material too has semiconducting properties like that of silicon-based materials used in miniature electronics.

The new material could be the silicon of future because it is semiconducting as well as transparent, light weight, flexible and stretchable and is even three dimensional (3D).

It has also been observed that properties of the new hybrid material could be controlled by twisting the two stacked atomic layers.

“This opens the way for design of new materials and electronic devices for future technologies with a range of applications in photo detectors, biosensors, super-capacitors, solar cells and wearable devices.”

The discovery has been announced in journal Nature.