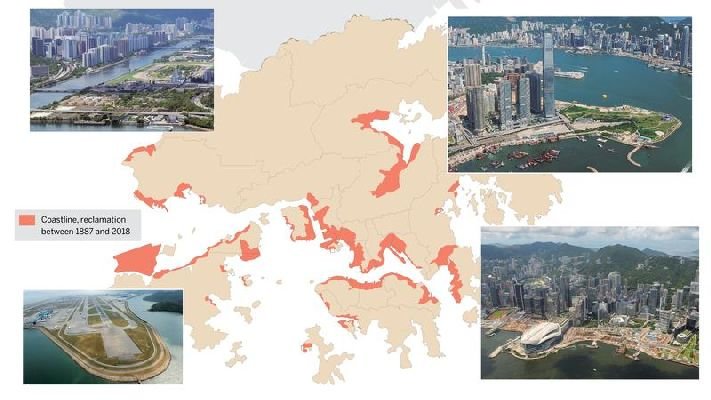 The Lantau Tomorrow Vision project, which would cost $79 billion, would give the city an additional 1,000 hectares of land to build 260,000 new residential properties.

Work on the Lantau Tomorrow Vision scheme is scheduled to start in 2025, with the first residents moving in seven years later, in 2032. More than 70% of them would be reserved for public housing.

But critics have warned that the cost, equivalent to more than half the territory’s total financial reserves, could cripple Hong Kong financially. Environmentalists say the project is both damaging and unnecessary.

The area’s endangered pink dolphin could be particularly at risk from the building work.

Greenpeace and the World Wildlife Fund argue that Hong Kong authorities should first build on more than 1,200 hectares of brownfield sites – former industrial areas that have been polluted but could be cleaned up for construction.