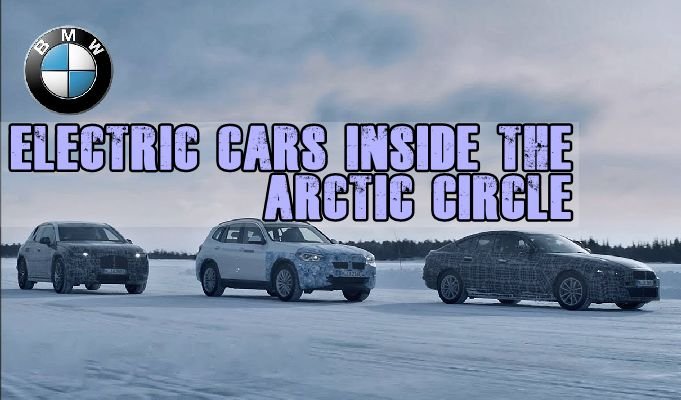 BMW has three all new electric cars — the iX3, i4, and iNext —they are almost ready to be launched but before that the trio is being tested in northern Sweden where their electric drivetrains are being studied to make sure they are up to the rigors of driving in bitter cold conditions.

First up will be the iX3, an all electric compact SUV that strongly resembles the current production X3. It will be built in China and exported to the rest of the world.

It is reported to have a range of 249 miles and will be capable of 150 kW charging for rapid replenishment of its battery. Pricing has not yet been announced.

Next up will be a very conventional looking sedan — the i4 — which the company calls a 4-door coupe. The big news about the i4 is a claim by BMW that it will have 600 kilometers of range as measured by the WLTP cycle.

It’s not as fast as a Tesla Roadster 2.0, but still adequate for most people’s driving needs.

The third new all electric offering from BMW will be the iNext, an SUV that also sports 600 kilometers of claimed range. Like the i4, it will be built on the very latest all electric chassis from BMW.

BMW says the iNext will be its “technology flagship” featuring advanced connectivity and Level 3 autonomy — true hands off driving in certain driving environments such as limited access highways.

BMW can surely build competitive electric vehicles. The question is whether it can sell enough of them to make the investment it has made to develop these cars worthwhile. Only time will tell…