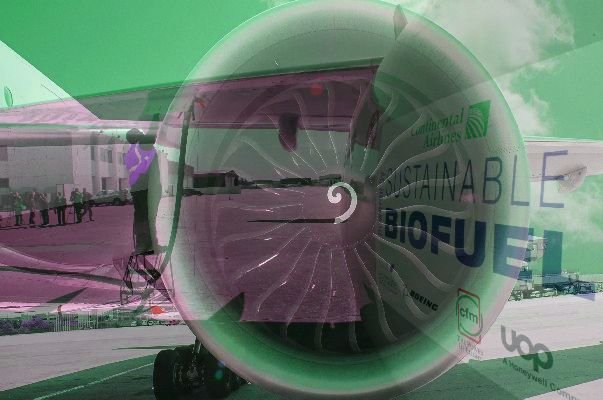 Cellulose is the main component in the biofuel. It is a cheap, renewable, and highly abundant polymer that forms the cell walls of plants. While chain alkanes (such as branched octane, dodecane, and hexadecane) have previously been derived from cellulose for use in jet fuel.

To produce this biofuel the researchers found that cellulose can be selectively converted into hexanedione. They then developed a method of separating the compound.

Any Aircraft using this fuel can fly farther and carry more payload than those using conventional jet fuel, which can decrease the flight number not only that this fuel also decreases the CO2 emissions during the taking off, launching and landing.

The team also predicts it will yield higher profits than conventional aviation fuel production because it requires lower costs to produce a higher-density fuel.

However the biggest issue holding the process back from commercialization is the use of dichloromethane to break down cellulose into 2,5-hexanedione; this compound is traditionally used as a solvent in paint removers and is considered both an environmental and health hazard.