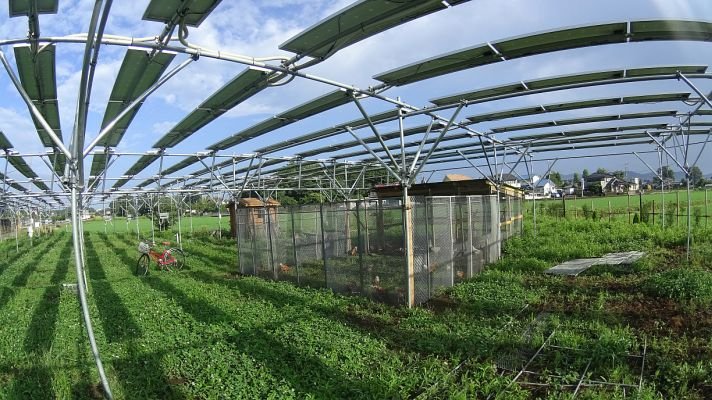 National Renewable Energy Laboratory (NREL) is doing the heavy lifting in the solar farm area under a program called InSPIRE, they are trying to answer such questions as “can solar modules change the micro-climate underneath the modules and worsen invasive species, fungal, nematode or other pest problems?”

Short answer: yes to the first part, no to the second.

This is being done with an assist from Argonne National Laboratory along with universities, local governments, environmental and clean energy groups, and industry partners.

The basic idea is to preserve most of the topsoil, instead of leveling the entire footprint of a new solar farm. Then you can plant pollinator-friendly native plants and other species.

They are also tracking how solar panels can integrate with edible crops. The idea is that shade from the solar panels can help conserve water and shield plants from excessive heat, resulting in bigger yields.

Agrivoltaics probably won’t be feasible for large-scale, single-crop farms that rely on heavy machinery. But preliminary results already suggest it can significantly boost the yields of certain plants in hotter-than-average years.

At the Arizona site, cherry tomato yields are doubled and require less water when grown in the shade of solar panels.

Low impact solar can even boost solar panel efficiency. As everybody knows by now, solar panels are more efficient when they are cooler, not hotter.

The ground shading and increased evaporation provided by a healthy layer of undergrowth can actually cool solar panels, increasing their energy output.

The research is still ongoing, but NREL’s research team notes that farmers are already enthusing over the idea of pollinator-friendly solar panels.