Superblocks: A Life Almost Without Cars… 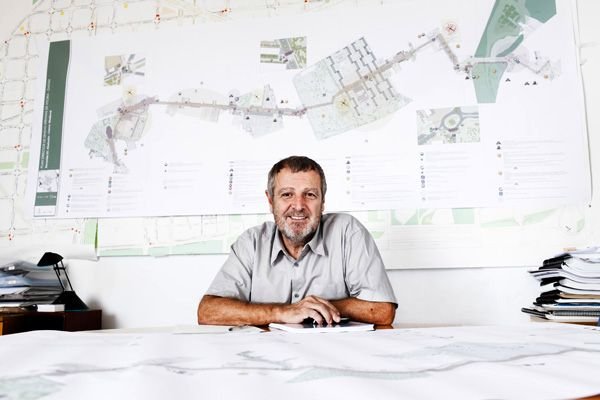 Urban visionary Salvador Rueda’s superblocks project which has been adopted by Barcelona is based on design principles and metrics to capture, for all citizens, the benefits of rural living (quiet, clean air and water, green and garden spaces, tight-knit community) alongside the benefits of urban living (efficient distribution of people and goods, mixing of diverse communities, economic and intellectual ferment).

The looming threat of global warming, which will exacerbate Barcelona’s water and urban heat island problems. Climate change increases the need for resilience, for communities of tractable size that are at least partially self-sufficient in food, water, and energy.

The basic idea behind the superblocks plan is to take urban surface space now devoted to one use (automobile traffic) and open it up to multiple uses (walking, cycling, hanging out, what have you). The only way to do that is to exclude vehicle traffic.

The challenge when implementing superblocks, then, is to preserve adequate circulation of people, goods, and services using fewer vehicles on fewer streets.

That will mean moving people into other means of getting around, like buses, bikes, and feet. And it will mean channeling the vehicle traffic that remains — buses and (hopefully someday electric, shared) cars — onto fewer orthogonal through routes.

Within the area of the superblock, streets are one-way, and none of them pass straight through. Cars are limited to about 10 kph, not much more than walking speed, so they can mix safely with human beings. Parking for residents is mostly underground.

Rueda and his team assisted in a fairly miraculous transformation on the other side of the peninsula, in the city of Vitoria-Gasteiz, with just over 240,000 residents.

After years of increasing private automobile use, the city reached something of a crisis point around 2006 and implemented a plan of superblocks with pedestrian, bike, and public transport networks built around them.

The city is now as friendly to bicyclists and pedestrians as any in Europe. More than half of residents now walk as their primary mode of transportation and 12 percent ride bikes.

Each superblock is not just a simply traffic-calmed area, but is a social unit, to the urban fabric what a microgrid is to an electricity grid: partially autonomous, but connected to the larger network.

Each superblock could have a shared distribution center for goods and packages, so that delivery vans don’t have to drive inside; shared gardens for growing community food, with organic waste captured for compost; a shared clinic for health and social services, so that day-to-day health care needs could be handled by a familiar doctor and the elderly or disabled wouldn’t be forced to move out of their apartments to find care.

We badly need such a urban planning in India too, while we still have time…