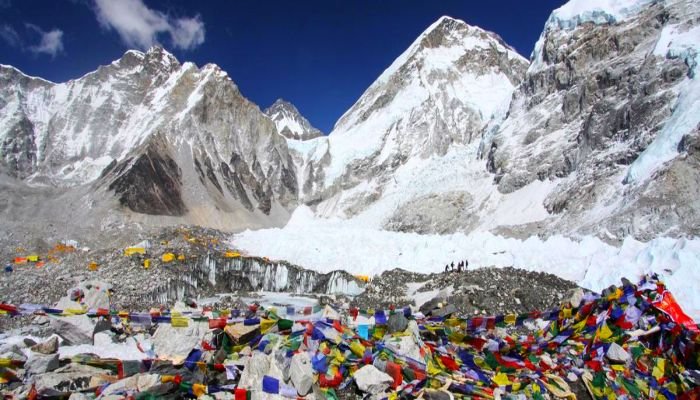 Every year, hundreds of climbers, Sherpas and high altitude porters make their way to Everest, leaving behind tonnes of both biodegradable and non-biodegradable waste — including empty oxygen canisters, kitchen waste, beer bottles and faecal matter — on the highest peak, which has lately acquired notoriety as the “world’s highest garbage dump”.

Nepal launched an ambitious clean-up campaign on April 14. The campaign is aimed at bringing back tonnes of trash from the world’s highest peak.

A total of 3,000 kilograms of solid waste has been collected till now.

Around 23 million Nepalese rupees is being spent for the campaign.

There have been attempts in the past to clean up Everest, including a 2014 government-mandated provision making it mandatory for every climber to come down the peak with at least 8kgs of garbage — the amount of trash estimated to be produced by one climber.

The month-and-a-half clean-up campaign is supported by a number of governmental and non-governmental agencies.

The campaign will conclude on May 29, the day marked every year to commemorate the first summit of Everest by Edmund Hillary and Tenzing Norgay in 1953.