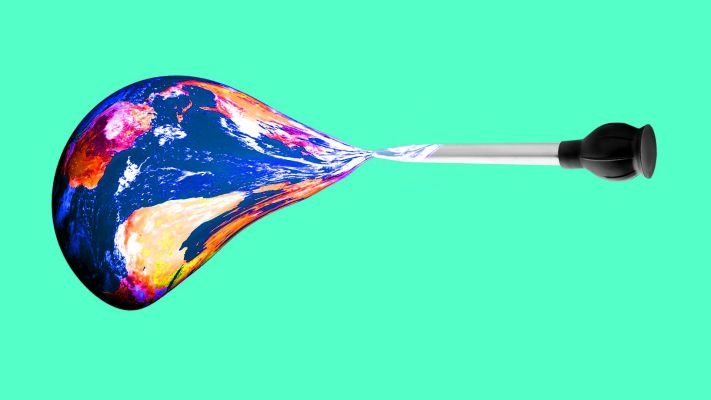 Rob McGinnis is the founder and CEO of Prometheus, a startup developing a machine that pulls carbon out of the atmosphere and transforms it into usable gasoline.

The idea is that the device would trap and convert more carbon than McGinnis’ car would produce — essentially making fossil fuel-powered vehicles a carbon-neutral form of transportation.

He’s one of a growing number of entrepreneurs pursuing direct carbon capture technology, which extracts carbon from the air and water and transforms it into usable substances like gasoline, construction materials and industrial chemicals.

Like standard fossil fuels, McGinnis’s fuel would release carbon into the air when burned—but not any more than his machine removed to make it. In theory, it’s a circular process could keep his Golf powered up indefinitely, with no impact on greenhouse gas levels.

Experts increasingly believe that any serious response to climate change must include proactively removing carbon from the atmosphere.

And while there are a few carbon-removal strategies, direct air carbon capture is the process that has most captured the public imagination.

The basic science of this approach have been understood for decades, but it’s an open question as to when—or if—it will be possible to capture airborne carbon at a scale that could make a difference.

For now, Prometheus is still in the moonshot phase — when McGinnis showed his prototype device in March, it still hadn’t produced enough gas to power his Volkswagen Golf hatchback for even a mile.

Still, that hasn’t discouraged the entrepreneur, who told Bloomberg he believes he’ll be selling gasoline for roughly $3 per gallon before the end of 2020.

The proposal to solve climate change with minimal behavioral or infrastructure changes is the kind of silver-bullet thinking that has led some environmentalists to remain skeptical of carbon removal.