Addressing Planned Obsolescence And e-Waste With A Single Stroke 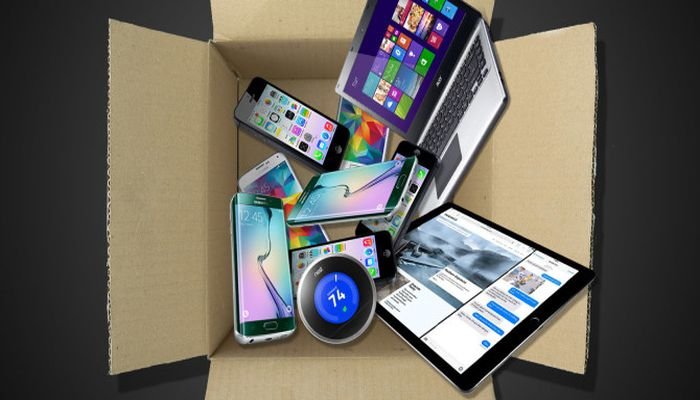 Planned obsolescence, or built-in obsolescence, in industrial design and economics is a policy of planning or designing a product with an artificially limited useful life, so that it becomes obsolete (i.e., unfashionable, or no longer functional) after a certain period of time. The rationale behind this strategy is to generate long-term sales volume by reducing the time between repeat purchases.

‘Death by Design’, the award winning documentary of 2016 has very powerfully depicted how ‘Planned Obsolescence’ is the main cause of most of the e-Waste.

When electronics containing heavy metals such as lead, barium, mercury, lithium (found in mobile phone and computer batteries), etc., are improperly disposed, these heavy metals leach through the soil to reach groundwater channels which eventually run to the surface as streams or small ponds of water. Thus contaminating the soil.

Circular Devices with its PuzzlePhone is trying to address this planned obsolescence and thus has made it to the “Circular business Models in the mobile phone industry” report by the Nordic Council of Ministers, 2017 Copenhagen … Designed to Loop, or how to shape your products to transform burden capital into circulating assets.

Circular Devices has also been awarded Seal of Excellence from European Commission. The basic approach is REPAIR · REUSE · UPGRADE · CUSTOMIZE

It is time to build your own devices (BYOD).

The Smartphone in your pocket is already modular. The benefits are invisible to you because they are trapped under a monolithic hood.

A modular architecture compatible with the MIPI Alliance interface standards is the ultimate solution to these problems.

It is time to Shift to the Advanced Manufacturing > Manufacturing returning to your own Country > Rise of the (Hardware) maker culture, which will help environment and solve eWaste and security issues all with Circular Economy.