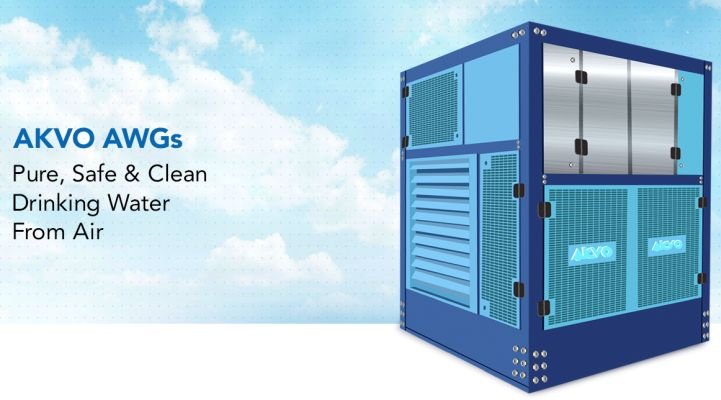 Akvo Atmospheric Water Systems has been working since 2016 to design and manufacture a product which would utilize the moisture in the air and condense it to produce fresh drinking water.

With an initial investment of Rs 5 crore, bootstrapped to the founding team, it manufactures its products in West Bengal and has been selling them in the market since May 2018.

The equipment has a refrigeration system and heat exchangers which help achieve right temperatures to form condensate when air is sucked and brought into the system.

The condensate is then collected and dispensed for use, explains Navkaran Singh Bagga, founder and CEO of the company.

The products are designed to run at temperatures ranging from 10-degree Celsius to 60-degree Celsius with humidity factor of 30-80%, making it a viable model to deploy in coastal and hilly areas, especially in tropical countries that are rich in atmospheric moisture content.

The machines are rated for different run times and generation capacities. For example, one model can run for 24 hours and produce 100 liters in ideal condition.

It draws 250Wh of energy per liter of water generated which also reduces the stress on the grid when runs on power generated from localized renewable sources.

One of the early adopters of this product is Indian Oil refinery in Haldia, near Kolkata. The product has helped decentralize water availability on a massive 300-acre area, enabling workers to access drinking water at six locations.

The Madhya Pradesh government has also taken a 1000-litre system to supply water to Hardua Mangarh village in Damoh district.

The company is also expanding to West Asia. Gulf region will be his major focus in the next couple of years.

Currently, the company has a revenue of around Rs 1.5 crore but with an expanding distribution network and new markets in the Gulf, it expects to hit its target of Rs 12 crore in the coming financial year.