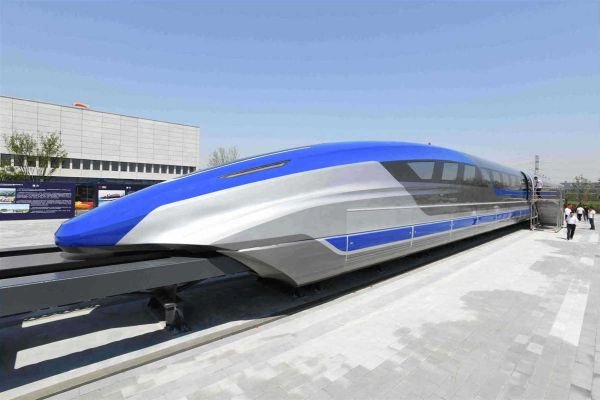 The state-owned, China Railway Rolling Stock Corporation (CRRC) unveiled a prototype for a new high-speed magnetic-levitation — better known as “maglev” — train that could dramatically cut travel times in the nation and is energy efficient too.

Magnetic levitation (Maglev) trains are the cutting edge in public transport technology. With the use of magnets to propel the train forward, maglev trains do not suffer from the same problems that plague conventional trains, namely the friction between the train and the tracks that slow it down and require heavy maintenance plus energy to maintain the momentum.

This technology on the other hand allows the trains to reach blistering high speeds.

Instead of using wheels and a track, a maglev train floats on a magnetically powered cushion of air. This reduces friction and allows the craft to reach incredibly fast speeds, like the 430 kilometers per hour (267 miles per hour) top speed of a maglev already in operation in Shanghai.

This new design would be able to far exceed the speed of that maglev, reaching a top speed of 600 kilometers per hour (372 miles per hour). Ding used a theoretical journey between Beijing and Shanghai to show how this could dramatically decrease travel times.

“The prototype has already achieved static levitation and is in ideal condition,”

While maglev trains and its tracks cost a lot money to build, this has not stopped companies from developing the faster trains.