Birds Are Colliding With Wind Turbine Blades: A Study 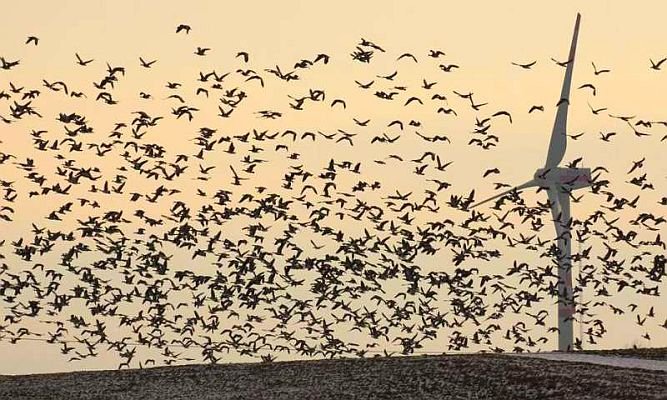 Although wind is a green source of renewable energy, a new study conducted in Gujarat and Karnataka has revealed that wind turbines are posing a threat to the lives of birds.

Researchers were invited by two windfarm owners — one in Samakhiali in Kutch, Gujarat and the other in Harapanahalli, Davangere, Karnataka — to investigate bird mortalities in their farms.

Overall, 59 turbines of the Kutch wind farms were studied, and23 cycles of searches were conducted at each turbine, with an average gap of 40.5 days between two consequent searches.

This region is close to four biodiversity areas, with diverse bird population, and is an important wintering site for migratory birds from the Arctic, Europe and central Asian regions.

Among the 47 deaths, 43 were recorded in the migratory season, with maximum carcasses found within 20m from the turbines.

While Eurasian collared doves recorded the most mortalities, bodies of Dalmatian pelican and painted storks — both threatened species — were also found.

“Our investigation indicates approximately 0.5 deaths per turbine, which may be an underestimation, as only collision deaths were recorded at 40-day intervals. Constant monitoring will escalate the figures significantly,” the researchers said.