T-Pod: The Electric Autonomous Truck Is Operational In Sweden 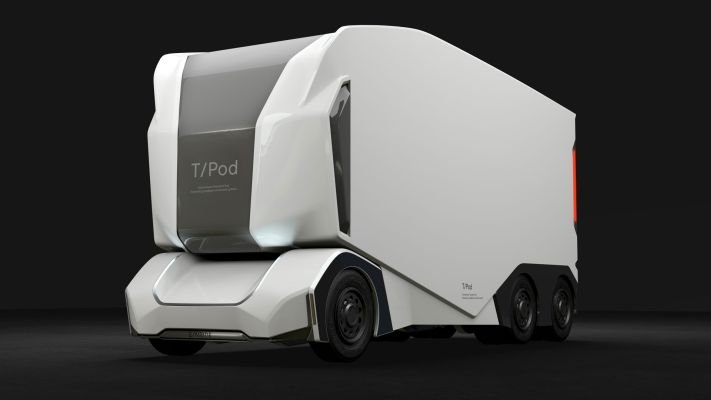 A fully autonomous and electric transport truck called the T-Pod is traversing public roads in Sweden, after getting approval from government authorities.

Its operation route is on a single public road in Jönköping, traveling between a warehouse and terminal.

The project is a joint effort from German logistics company DB Schneker and Einride, a Swedish transport company specializing in self-driving vehicles.

Both partners in the project are calling it a world premiere of the “first cab-less and autonomous, fully electric truck in commercial operations on public road.”

The T-Pod uses a Nvidia Drive platform, which makes it capable of processing visual data in real time, and is level 4 autonomous – the second highest category.

A single operator, supervising from afar, can monitor and control up to 10 vehicles at once.

According to Einride, use of the truck can reduce road freight operating costs by something like 60% in comparison with the costs of a diesel truck.

Currently, Swedish authorities have mandated that there must be one supervisor per vehicle, who could intervene with a joystick if need be.