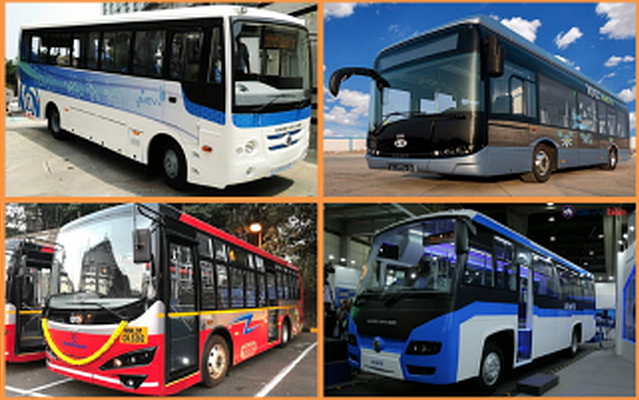 The Ministry of Heavy Industries and Public Enterprises has issued an Expression of Interest (EoI) document to invite proposals from states, government departments, transportation departments, and municipal bodies for procurement of electric buses across 40 cities.

The subsidy will be provided under the Faster Adoption and Manufacturing of Hybrid & Electric Vehicles in India or the FAME-II scheme.

The central government will offer subsidies worth Rs 2,500 crore (US$360 million) for the deployment of 5,000 electric buses.

Under the current exercise, a total of 40 cities shall be selected where a subsidy will be distributed for deployment of electric buses based on population.

In order to be eligible for the subsidy, cities must guarantee that bus will run for at least five lakhs km during its contract period and also inform about the number of buses they plan to deploy.

Among other conditions for disbursement of the subsidy is that the manufacturer of the electric buses must be an Indian company with a manufacturing facility in the country.

The timeline set for the complete delivery of all buses has been set at just over 18 months from now.

A number of state transportation agencies have already announced plans to induct electric buses to their fleet. These include agencies in the cities of Mumbai, Bengaluru, Kerala etc.