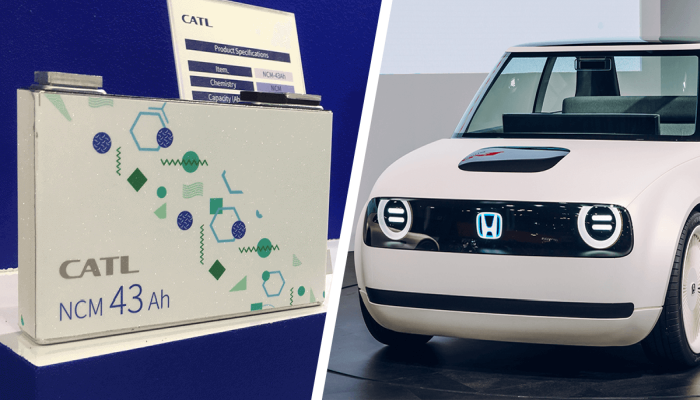 Honda has signed an agreement with Contemporary Amperex Technology Co., Ltd. (CATL), who is one of the top suppliers of EV batteries in China and has been making inroads into supplying companies outside of China too, such as BMW, Volkswagen, Nissan, and Renault.

On the 5th of February, 2019, in Tokyo, CATL and Honda signed a cooperation agreement with the intent to cooperate in the development of electric vehicles.

Honda has reportedly been working with CATL on a $20,000 electric Honda Fit for release in 2020 in China and other markets.

In the new agreement, CATL guarantees it will supply Honda 56 GWh of lithium-ion batteries before 2027.

At the Beijing Auto Show in 2018, Honda announced that by 2025, more than 20 electrified vehicles will be launched in China. Those 20 models being hybrid, plug-in hybrid, and fully electric models.

These cars will be built in cooperation with Honda’s joint venture partners such as GAC (Guangzhou Automobile Group Co) and Dongfeng (Dongfeng Motor Corp).

The reasons for these efforts can most likely be attributed to China’s New Energy Vehicle (NEV) mandate based on a NEV credit system.

If it does not have the credits soon, it has to buy them or risk market access.