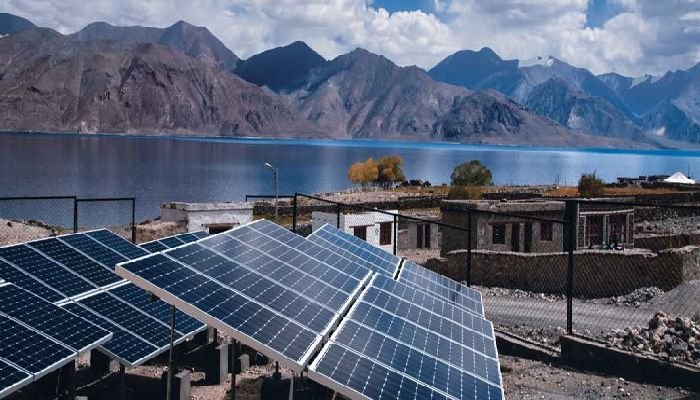 Representatives from 20 leading companies in the power and renewable energy domain visited the sites for the proposed 7.5 gigawatt solar power park planned in the state of Jammu & Kashmir.

Not only is it the largest solar power project in the country, it is in perhaps the most challenging terrain for project implementation of any kind. The idea for the solar park was first floated in 2014 but it took almost five years for the SECI to come out with a definitive tender.

Security, treacherous terrain, and no existing transmission network to cater to such large capacity were the major concerns that led to this delay. These concerns remain still.

The tender also allows project developers to enter a 35-year power purchase agreement which is probably the longest duration for any renewable energy project in India.

Some of the leading companies that have shown interest in this solar park include transmission equipment suppliers and manufacturers like ABB, Siemens, Power Grid, Adani Transmission, BHEL, and L&T Construction, as well as project developers like Hero Future Energies, Mahindra Susten, and Tata Power Solar.

Thus, the level of participation and tariff bids would definitely be the things to watch.