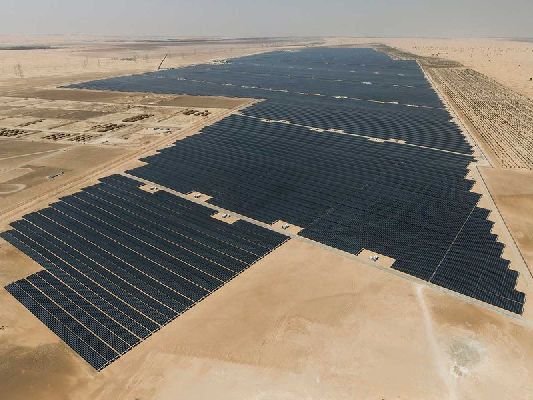 As of today, the Noor Abu Dhabi project with a total capacity of 1,177MW is the largest operational single site solar project in the world. It’s important to make the distinction between this and a ‘solar park’.

These are essentially areas of land ear-marked for solar and often with ready-to-go grid connections, where multiple projects will be built under the same banner, but developed and financed individually.

The Noor Abu Dhabi project, which is not state-financed is the work of a consortium that includes Abu Dhabi Power Corporation, Japan’s Marubeni Corp and Chinese solar manufacturer Jinko Solar.

The $870 million project was the result of a competitive tender process that will see electricity from the site sold to the Emirates Water and Electricity Company (EWEC) for around 2.4 cents per kWh, a record at the time of the auction and a record for any completed solar project.

It was built by the Indian firm Sterling & Wilson with nearly 3000 people working on site during the peak of activity.