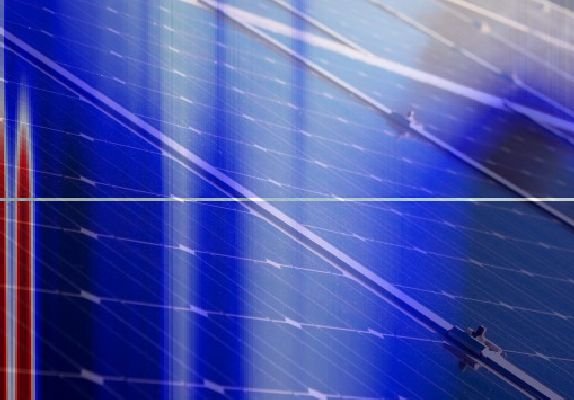 A team of researchers at MIT and Princeton has demonstrated a way to get every high energy photon striking silicon to kick out two electrons instead of one, opening the door for a new kind of solar cell with greater efficiency than ever thought possible.

That doesn’t mean the overall efficiency is double but it could raise the efficiency of future solar cells to as much as 35%.

Currently even theoretical the maximum efficiency of a solar cell is 29.1%. That is nearly double what many conventional solar cells are capable of today.

The secret to the improved efficiency is a class of materials known as excitons.

They have quite different properties than electrons. They can be used to change energy — you can cut them in half or can combine them.

The material first absorbs a photon, forming an exciton that rapidly undergoes fission into two excited states, each with half the energy of the original state.

As an intermediate step, the team tried coupling the energy from the excitonic layer into a material called quantum dots. “That worked.”

This tiny, tiny strip of material at the interface between these two systems [the silicon solar cell and the tetracene layer with its excitonic properties] ended up defining everything.

They used the layer of a material called hafnium oxynitride.

The layer is only a few atoms thick but it acts as a “nice bridge” for the excited states.

That finally made it possible for the single high-energy photons to trigger the release of two electrons inside the silicon cell, which produces a doubling of the amount of energy produced by a given amount of sunlight in the blue and green part of the spectrum.

More efficient solar cells mean we do not extinguish humanity by our foolish dependence on fossil fuels.