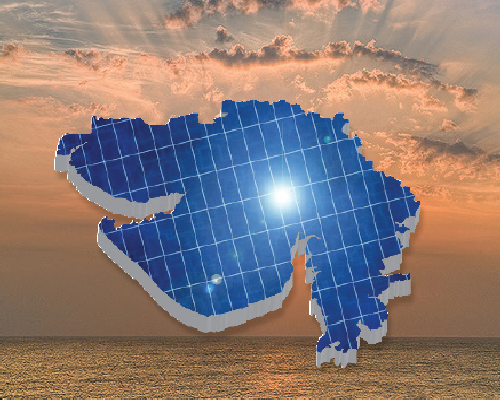 Till date the benefits of solar rooftop scheme in Gujarat has been availed by 50 thousand people.

Under this scheme, people can install solar panels on the roof of their houses and after using the solar power generated in this way, supply the surplus power to the power grid.

Now a new solar roof-top scheme has been announced for this year, whereby 2 lakh families will be covered during the year.

Provision of ₹1000 crore for this scheme has been made during the current year.

Gujarat will infuse capital subsidies to the tune of US$145 million, besides what has been earmarked by the Government of India. The state plans to reach 200,000 households through this initiative.

Gujarat Urja Vikas Nigam Limited (GUVNL), the holding company of the four public distribution companies in the state, will be the nodal agency to manage the state subsidy roll out.

Gujarat has also announced a policy to provide government waste land on lease for setting up renewable energy parks. As a result, the installed capacity will go up by approximately 30,000 MW over the next 10 years. Of this, 10,000 MW will be used to meet requirements of other states of India.

Apart from the funds for promoting rooftop solar systems, about US$1.9 billion has been budgeted for large utility scale renewable projects in the state. This would be provided to the Energy and Petrochemicals Department.

As of now, the installed capacity of wind and solar energy in the state has reached to 6,200 MW and 2,500 MW, respectively.