Budget 2019 An Industry ReView: Some Hits And Some Misses 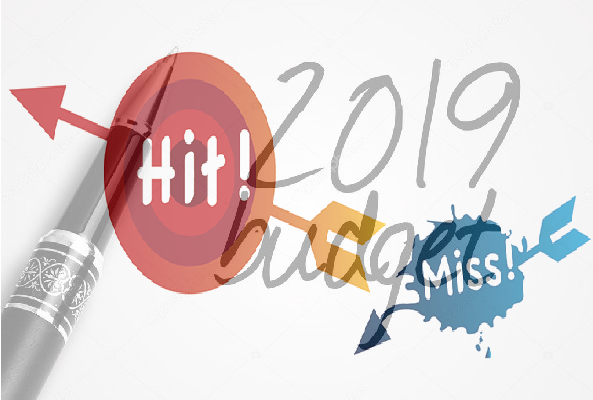 Structural reforms have to be disruptive. There have been 11 Structural Reforms in last 25 years, mainly attributing to Dr. Manmohan Singh.

As an entrepreneur, Harjinder Singh, Stakeholder & Chief Strategy Officer (Americas & Asia), Circular Devices Oy, feels that the budget has failed to address issues such as unemployment and job creation.

Quoting an example he explains that recently when NDA government had advertised for the opening of 62000 Khalasi (Gateman) posts in railways. 82 Lacs applied, o/o which 4.5 Lac were Engineers and Postgraduates.

They are unfit for their chosen professions because they are not passionate about what they have studied. (He feels)

“The need of the hour is to let these Graduates identify their talent, help them in identifying what they are passionate about, just fine tune that and I am sure even if hit rate is 10% (which is likely to be more), there will be at least 45000 Entrepreneurs o/o these 4.5 Lacs who will become employment generators. Make use of proven scientific methods to identify talent. “

Even the Skill Development Ministry, need to be rechristened as Skill Identification Ministry.

Ravi Kapoor, Executive Director at Green Planet Waste Management Pvt. Ltd.(GPWM), give a thumbs up as far as waste management industry is concern.

He feels that there has been an unprecedented progress made in the toilets sector under swach bharat mission (SBM) program in the last 5 years.

“My perception is that by bringing waste management program under SBM in the Budget speech of Finance Minister, central government has decided to create the same kind of focus thorough planning and monitoring and funds for waste management. It is definitely going to create tremendous results in the field.”

As a result it will have a simultaneous impact on the social awareness, cleanliness, pollution levels, and health of people and it will also open new avenues for the waste management industry.

So over all some hits and some misses in budget 2019, but the intention of the government is very clear that it wants the economy to be on track and is trying to maintain a continuity in various plans which it had initiated in its last tenure.

This is a “Clean-Future” Exclusive, however the views expressed are of the participants and we do not subscribe to them in any form.