Where Are Solar Electric Vehicles Headed… 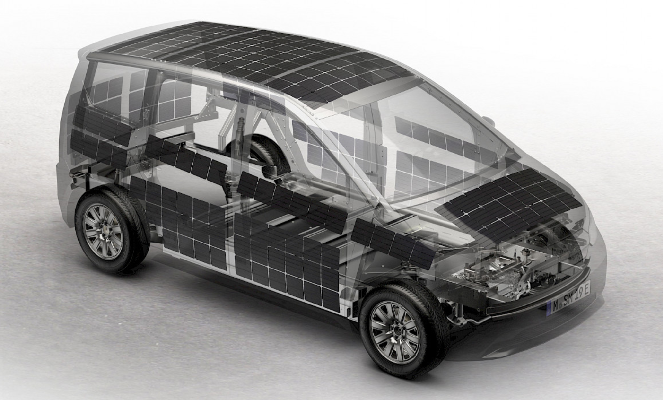 Getting electricity from the sun is a great thing for both the environment and the wallet, but it’s not known for being light and compact enough to be worth putting on vehicles.

There just wasn’t enough room to get much power, and a bigger system would involve raising the price of the car.

However, Toyota’s latest test car, a plug-in hybrid, that looks to be nearly identical to the Prius Prime is made special due to the cells used.

Toyota partnered with NEDO and Sharp to come up with solar cells that are 10% more efficient than the best cells currently on the market, and almost double the efficiency of typical cells put on houses today.

Additionally, they installed these 34% efficient cells on the hood, over the back window area, and on the trunk/spoiler area. They estimate this would add around 27 miles of range per day.

27 miles of range might not seem like a big deal, but when you consider that the average American’s daily driving is 29.2 miles, it could clearly have a big impact.

For many people, they would be able to drive to work, charge in the sun while they’re at work, and then drive home.

Unlike the Toyota test car, Sono plans to build a battery EV with 150 miles of range and no gasoline backup. With DC fast charging and a larger battery, this could prove even more useful for many drivers.

It’s important to keep in mind that solar technology continues to improve. There are already 43% efficient solar cells in development and 90% efficient are in pipeline.

Predicting when we will see these advances isn’t as easy, but it’s clear that we are going to start seeing more and more solar cars in the next few years.