Only In Uttar Pradesh: A Mouse, Makes A 100 MW Solar Plant Redundant 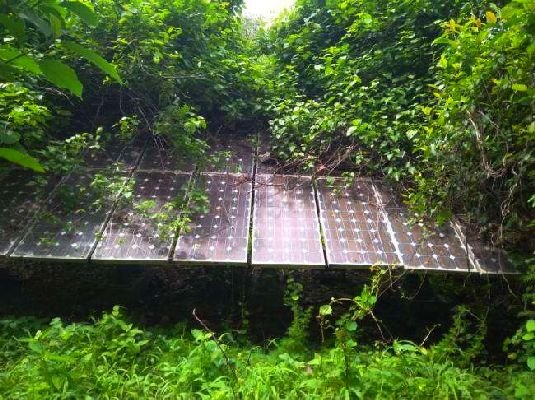 A 100 MW solar plant situated in the Harriya which in Basti, Uttar Pradesh, was destroyed by a mouse, due to the negligence and apathy of personal responsible for its maintenance.

The plant was constructed under the guidance of UPNEDA, 18 years back in year 2001, at a cost of Rs.2.5 Cr. by a private company based out of Ghaziabad.

The plant ran smoothly providing electricity for local community and supplying the surplus to the grid for 10 years but some 9 years back in the year 2010, UPNEDA handed over the solar plant to Uttar Pradesh Power Corporation Ltd. (UPPCL).

Everything ran fine for one more year but then in 2011 the plant was shutdown due to technical malfunction and since then the status quo has been maintained. As the voices reached the power corridors in Lucknow, UPNEDA was again asked to look into this.

When the UPNEDA team reached the spot for inspection the UPPCL staff blamed a “Mouse” for the whole mess. They told that mouse has eaten up the cables at various places and it is very difficult to inspect and replace them so as to remove the malfunction and thus, as time went by, the plant reached in such a state that it can not be run at all and all of Rs.2.5Cr. has gone down the drain.

The photo pasted clearly tells the whole story…this is how our money is being destroyed by the apathy of government departments.