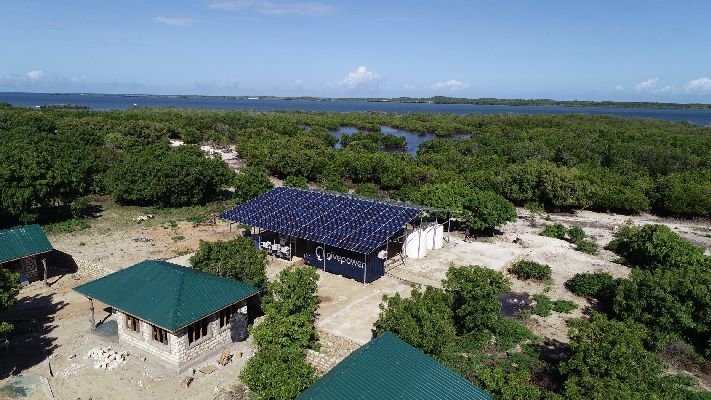 People have been trying to turn seawater into drinking water for thousands of years, but the process is not usually energy-efficient or affordable.

At a newly constructed facility in Kenya, however, a nonprofit called GivePower is tackling that challenge using solar power.

Desalination technology is not new, but it uses high-power pumps and is notoriously energy-intensive (and therefore expensive).

The solar-microgrid system that GivePower has created, however, can produce almost 20,000 gallons of fresh drinking water each day. It relies on Tesla batteries for energy storage, and it uses two parallel pumps so that the system can run at all times, even if one pump requires maintenance.

In the future, the NGO hopes to create smaller, modular-style solar desalination units that would use a single pump and a 15-kilowatt solar grid with three Tesla batteries.

GivePower could combine the systems “like Legos” to scale up. Locals pay about a quarter of one cent for every four cups (one liter) of water.

In 2013, Hayes Barnard started GivePower as a nonprofit branch of SolarCity, a solar-panel company that Elon Musk helped found in 2006. SolarCity merged with Tesla in 2016, but Barnard spun GivePower off as its own organization shortly before that.

The nonprofit mostly focuses on building solar-energy systems to provide electricity across the developing world. GivePower has installed solar grids in over 2,650 locations – primarily schools, medical clinics, and villages – across 17 countries, according to its website.