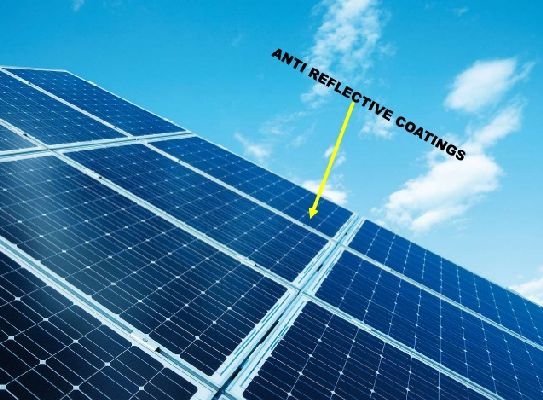 The solar boom in the world has started at around 2012 to 2014. It was around the same time that the manufacturers started utilizing a new coating known as Anti Reflective Coating (ARC). Made out of SiNx or TiOx ARC had to serve a specific purpose in the solar module i.e. reduction of optical losses at the air-glass contact.

Further, few special coatings and/or techniques could also further reduce the glare from the glass. However, they have a thin layer of coating over solar glass (around 150 micrometer) meaning that adequate care needs to be taken while washing the solar module.

Various study suggest that inappropriate/untimely cleaning and the dust cover over the module typically damages the ARC coating. Both the above factor if coupled with the local weather conditions (say when humid) could further erode the ARC coating.

Studies have suggested erosion of the ARC coating from 10% to as high as 90% in the solar module. Further such erosion shall also cause irregular irradiance falling on to the solar module which can lead to hotspots.

It is thus recommended that the cleaning of the solar module be carried out as suggested by the module manufacturer.