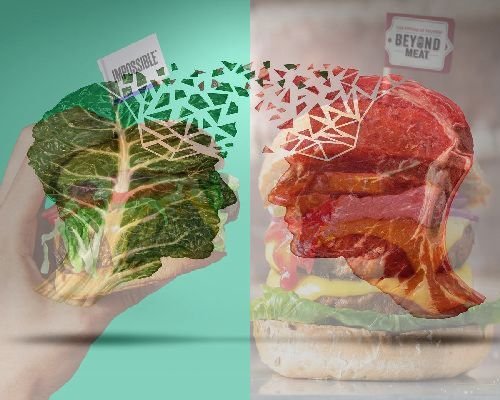 Beyond Meat and its privately held rival Impossible Foods have recently grabbed headlines and fast-food deals for their plant-based burgers that imitate the taste of beef.

However, they have drawing some skepticism from environmental researchers who feel that plant diets are healthier and less carbon emitting than producing processed plant-based products.

They point out that for people wanting to substantially lower their carbon footprint, having unprocessed plant-based diets instead of eating imitation products is healthier and better for the planet.

Beyond and Impossible use different sources of proteins to create their meatless meats.

Beyond primarily works with protein from peas, while Impossible uses genetically modified soy.

On Beyond Meat’s website, “positively impacting climate change” is listed second, behind “improving human health.” The founders of both Beyond and Impossible have named the environment as the motivating factor for creating their businesses.

Products from Beyond and Impossible target flexitarians – people are looking to consume less meat. For this reason, if you look for a Beyond Burger in the grocery store, you’re more likely to find it in the meat case rather than next to other vegetarian options.

While it is true that meatless meat has about half the carbon footprint that chicken does, they also have 5 times more of a footprint than a bean patty.

Although Beyond and Impossible go somewhere towards reducing your carbon footprint, but saying it’s the most climate friendly thing to do — that’s a false promise.