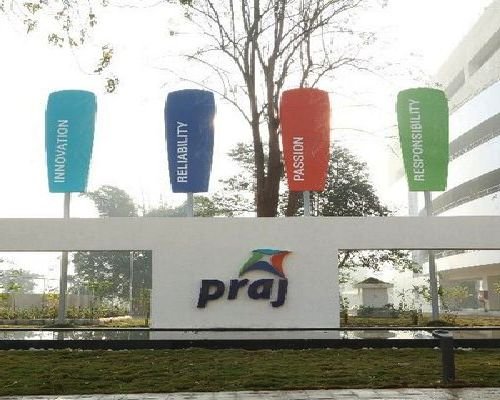 Subsequent to the successful demonstration of performance and due diligence of its 2G ethanol technology by a US-based Oil & Gas behemoth, Praj Industries announced that its ‘enfinity’ technology will be used USA’s first bagasse-based bio-refinery.

“Enfinity,” Praj’s proprietary technology, will be deployed to produce ethanol and other co-products using sugarcane bagasse in what would be USA’s first bagasse-based bio-refinery.

The bio-refinery is being jointly promoted by Florida based Omega Energy USA, a developer of renewable energy projects, while Louisiana based Lasuca Sugar, a producer of cane sugar, will supply bagasse feedstock.

The promoters have issued a formal letter confirming their interest to engage Praj for developing the design and project program for a cellulosic ethanol bio-refinery in USA.

The proposed project in the cane-sugar belt of the country will have the capacity to produce 10-15 million gallons per year (MGPY) of cellulosic ethanol.

In addition to the Louisiana prospect, Praj is already executing four integrated bio-refineries for oil companies in India. It is heart warming to learn that ‘enfinity’, an Indian technology, is gaining global recognition and acceptance from developed markets like the USA.

This reinforces Praj’s position as a global leader in the advanced bio-economy.