No RE-INVEST Event For Now… 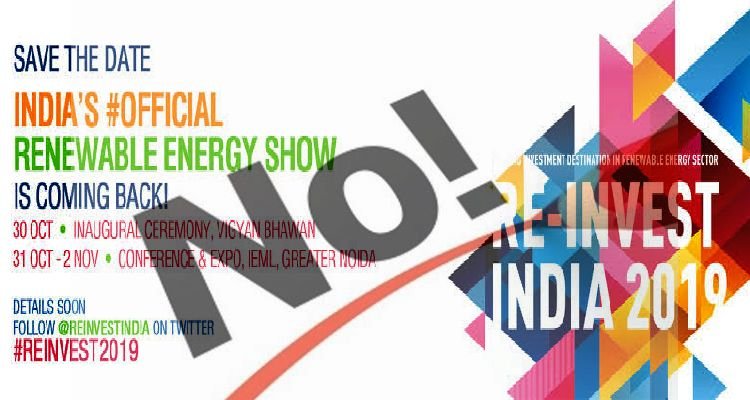 The third edition of RE-INVEST, India’s flagship renewable energy event has been postponed, which industry executives say reflects growing concerns of investors in the sector.

The inaugural event was held in February 2015 and the second in October 2018. This is despite the curtain raiser to the event held by MNRE last month.

The second edition of RE-INVEST was postponed five times because of global stakeholder disinterest, according industry insiders. It was finally held in October last year.

No investment commitments were sought unlike the inaugural, which was held in 2015. The first RE-INVEST had in fact seen global and local institutions commit to 266GW of renewable energy investments.

Many developers had expressed reluctance to provide sponsorships, which led to its postponement, industry source. “The industry is feeling disillusioned, so the postponement does not come as a surprise.”

This is also evident from the fact that participation in recent solar and wind tenders has been heavily under-subscribed. Earlier this month, two tenders issued by the Solar Energy Corporation of India, MNRE’s agency responsible for holding auctions, were under-subscribed and received only two responses each. Allocations were made for less than one-third of the total tendered capacity.