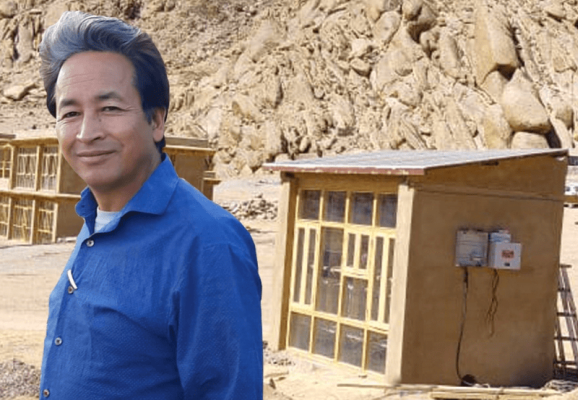 Built to shelter the Indian Army from Ladakh’s freezing winter, the solar battery house is roofed with Atum, an integrated solar rooﬁng solution developed by Visaka.

The company has provided four Atum panels that can generate 1.3 KW of electricity for this project. Completed in two working days, the walls of the house are made of mud, acting as a thermal conductive shelter for the soldiers.

It serves all the functions of a traditional roof while giving 20 percent more installed capacity than conventional solar panels in the same space. Not only does the roof generate power, but it also earns for you.

Made to withstand heavy snowfall, Atum can bear loads of up to 450 kg/sqft and can regulate temperature with higher efficiency. As Ladakh is not connected to the national electricity grid, Atum aims to provide consistent renewable energy supply to our soldiers.

Another novel idea that is being introduced is using the batteries of a battery house as a thermal mass that will keep the heat of the day to last throughout the night.