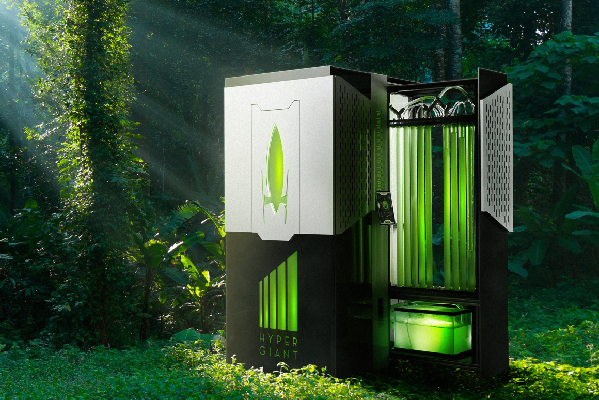 The startup says it takes in as much carbon as 400 trees and keeps it out of the environment.

The Eos Bioreactor will help solve the CO2 problem by sequestering carbon more rapidly and more efficiently than trees – as each super-boosted algae bioreactor is 400 times more effective at capturing carbon than trees in the same unit area.

And by using machine intelligence to constantly monitor and manage

The algae could theoretically then be harvested for use as a material or a source of dietary protein.

Hypergiant plans to release the blueprints for its system so that people can come up with new variants that might be easier to build into homes or office buildings.

It’s a somber reality that carbon capture technology could be a crucial part of our fight against climate change, but no one till now has figured out how to build a carbon capture system at a large enough scale to be practical.