Shipping Begins 2020: An Electric Car Battery That Will Lasts 2400 Kms 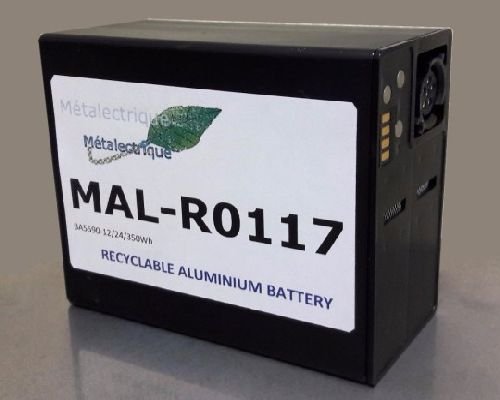 Imagine, a lightweight, inexpensive power source with 9 times the energy density of a lithium-ion battery.

Now imagine that power source uses recycled aluminum, one of the most abundant metals on Earth, and an electrolyte so nontoxic you can drink it.

Call this power source a battery. Call it a fuel cell or whatever you like.

The person behind all this is UK engineer and former Royal Navy officer Trevor Jackson, who began experimenting with aluminum air batteries at his workshop in the Cornish town of Callington in 2001.

After years of experimentation, Jackson devised a new electrolyte — whose composition is a closely guarded secret — he says makes it possible for his invention to power an electric car for up to 1,500 miles (or 2414.016 Kms).

What happens when it runs out of juice?

You replace it with a new one, just like a battery cell and that too in 90 sec while the old one gets recycled.

But is this story just another example of some crackpot inventing some radical new product that defies conventional physics.

Jackson has just signed a multi-million dollar deal with Austin Electric, an engineering firm based in Essex which now owns the rights to use the old Austin Motor Company logo.

It  will begin putting thousands of them into electric vehicles next year.

Jackson has also secured a £108,000 grant for further research from the Advanced Propulsion Center, a partner of the Department for Business, Innovation and Skills and is in talks with two aircraft manufacturers.

The new technology is a “game-changer. It can help trigger the next industrial revolution as this can be drive the electrification of transportation — from bicycles and neighborhood electric vehicles to heavy trucks, airplanes, and cargo ships — forward at warp speed ;O)