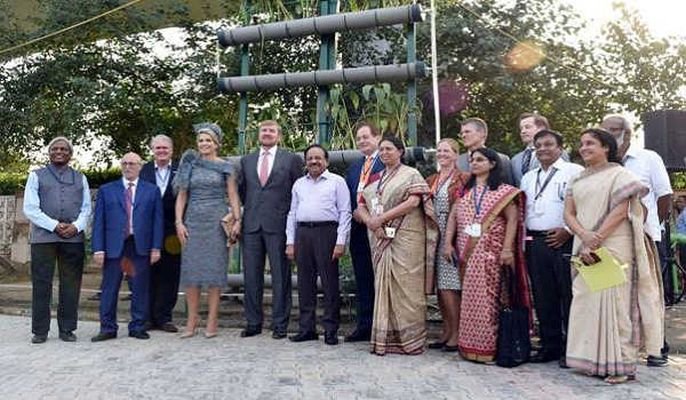 Water recycling is as important as water conservation. For recycling drainage water and making it useful for daily use, the second phase of the Local Treatment of Urban Sewage streams for Healthy Reuse (LOTUS-HR) program

It was jointly launched by Minister for Science & Technology and Earth Sciences Dr. Harsh Vardhan and King Willem-Alexander and Queen Maxima of the Kingdom of the Netherlands.

The project, initiated in July 2017, aims at demonstrating a novel waste water management approach that will produce clean water which can be reused for various purposes.

The pilot scale modular plant upon commissioning will treat 10,000 liters of sewage water per day.

This pilot scale facility will employ multiple technologies so that the data generated becomes a tool-box of treatment technologies for replication in Delhi and elsewhere where similar drains exist.

The rationale is that the mixing and matching of technologies from this tool-box will depend on the quantity (flow rate) and quality (pollutant load) of drain water, land availability, site accessibility as well as topography.

In the first phase after selection process on both sides, the project had been finalized for setting up a demonstration plant for cleaning the Barapullah drain.

Barapullah is a 12.5 km long drain responsible for about 30% of pollution in the Yamuna river, collecting mainly domestic sewage and waste from small industry.

This is a India Science Wire story; edited by Clean-Future Team