Tesla Is Launching A New Version Of Its Solar Roof Tiles 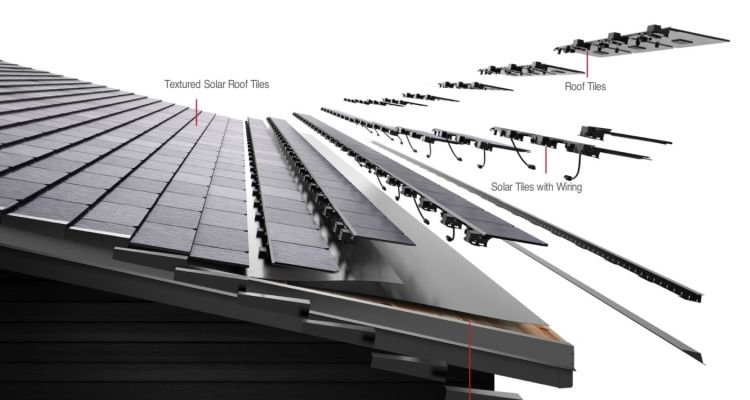 Tesla is planning to launch a new version of its solar roof tiles, Solar Roof V3, at a new event tomorrow afternoon.

The role out of the previous version was very slow and later the installations were limited to the homes of some executives and a few customers.

CEO Elon Musk said that they had to make some changes to the product in order to make sure it will last for 30 years.

Earlier this year, Tesla said that they are now completing a third version of the Tesla solar roof and are confident that the product is going to be the one to roll out to consumers in volume and they expect that in higher volume, it will be cheaper.

The tiles originally unveiled were sleek looking, but Tesla is now also making sure that they mesh with the rest of the roof for an overall sleek design. They are also replacing vents and other things sticking out of the roof in order to match the solar tiles and ensure an exceptional visual appeal.

Tesla plans on ramping up Solar Roof Tile production to 1,000 roofs per week by the end of the year. However, production is not the only bottleneck in the deployment of the Tesla Solar Roof.

When first launching the new product, Tesla said that it should take roughly the same time to install a solar roof as a tile roof installation, which is typically 5-7 days.