Voestalpine, The Global Steelmaker, Is Experimenting With ‘Green’ Hydrogen 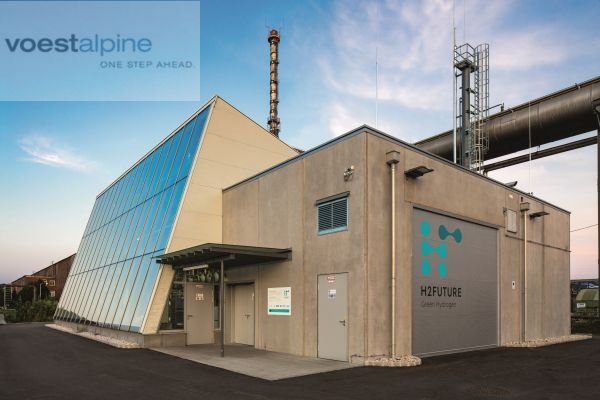 Earlier this month the leading global steelmaker Voestalpine announced the startup of the largest (so far) “green” hydrogen pilot plant in the world at its site in Linz, Austria.

Voestalpine is depending on zero emission hydrogen for its decarbonization plans, and that is going to be a tough row to hoe.

As the company makes clear in its climate action statement, hydrogen is only sustainable if it is produced with clean energy. The company estimates that it needs more than 30 terawatt hours per year to sustain its global operations.

In addition, the Fuel Cell Hydrogen Joint Undertaking has made up to €12 million in research funding available to shepherd the project along.

The 6-megawatt plant has a dual purpose. Aside from generating hydrogen for steel-making at the Linz site, it will also be used to test the use of hydrogen as a storage medium to help balance fluctuations in the power grid.

If all goes according to plan, voestalpine will use hydrogen from the new plant to transition out of blast furnace technology that relies on coal and coke, and into high efficiency electric arc furnaces.