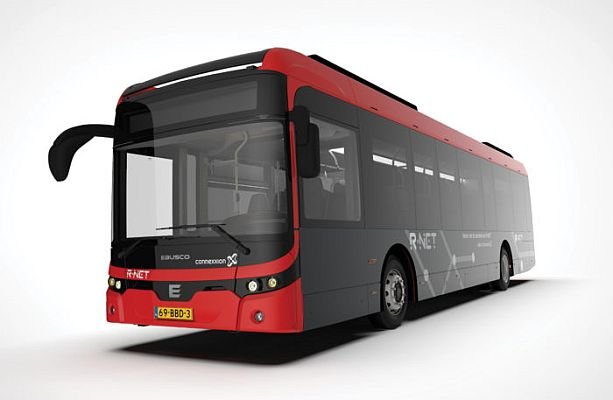 Ebusco delivered 60 of its 12-meter Ebusco 2.2 electric buses to transit operator Qbuzz in the Netherlands.

The new fully electric buses are much quieter than the clunky combustion buses they are replacing. The clatter of the large engine has been replaced by an electric motor that emits little more than a whine as it propels the bus along its route.

With 350 kilometers of range per charge, the new buses have been kitted out on the inside to support passengers over a longer haul. There are USB ports for telephone charging and a lot of daylight with almost zero engine noise.

These new electric buses with a 350 kilometers range per charge prove that longer range, intercity bus routes can also be electrified. The new buses are opening up the possibility for transit operators to electrify new routes for the first time.

Electric buses not only eliminate a source of chronic local air pollution, they directly contribute to a reduction in noise levels along the routes they serve.

While it is possible to quantify the changes in air pollution and noise levels, it is more difficult to communicate them to stakeholders as there isn’t always a clear way to tie them to financial or quality of life improvements.