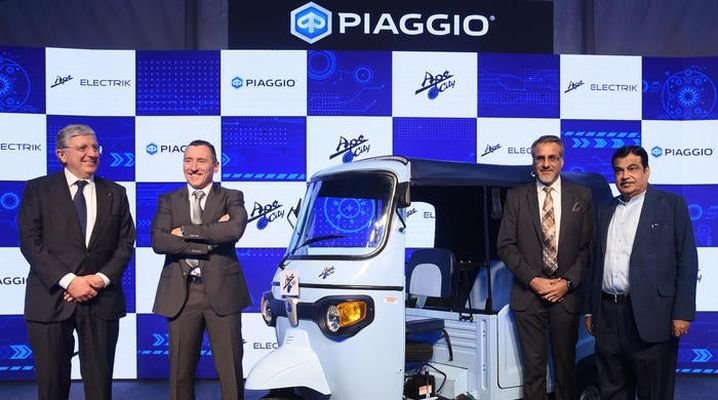 Piaggio has finally released an electric Ape motorickshaw. It’s officially being called the Piaggio Ape (that’s “app-eh,” not “ape”) E-City, and will feature a long flat battery mounted low in the chassis.

That design will help the three-wheeler to maximize interior cargo volume while also aiding in dynamic handling.

That’s because the heavy battery will help naturally lower the E-City’s center of gravity.

For all that talk about the battery’s design, however, there is one thing that isn’t mentioned: range. And that’s because THE killer app for the new electric Ape isn’t actually part of the bike itself. It’s service stations. Specifically, battery swap service stations.

Battery swapping technology is a relatively old idea in the EV universe, with companies like the now-defunct Project Better Place offering automated battery hot-swapping service in both Israel and France for a while before being out-Darwin’ed by longer-range EVs like the Nissan LEAF and Tesla Model S just a few short years after its launch … or maybe not!

Tesla recently announced that it may be getting back into the battery-swap game itself — so this concept may have some legs, after all.

The electric version of the Piaggio Ape — the most desirable version, in many ways! — is one of the least expensive, coming in at the equivalent of $2800. When you consider the fact that the 435cc single-cylinder Ape Plus diesel costs about $3500, it makes the E-City look even better.

The Ape E-City is produced in the Piaggio Group’s Baramati facility, in the state of Maharashtra, and is available on the Indian market at a price in line with that of the gas-fuelled model.